Kira Thurman examines Austrian and German reception of African American singers Marian Anderson and Roland Hayes who performed German Lieder in the 1920s and 1930s. Audiences were shocked: how had they managed to sing like Germans?

In this presentation, Kira Thurman will explore the rise in popularity of African American classical musicians in interwar Germany and Austria. Singing Lieder by Schubert, Brahms, and other Central European composers, they challenged audiences’ expectations of what a black performer looked and sounded like in the Jazz Age. Audiences labeled singers such as Marian Anderson and Roland Hayes “negroes with white souls,” and marveled at their musical mastery. If the listener closed his or her eyes and listened, these African American musicians, many remarked, “sounded like Germans.” How had they managed to accomplish this feat? By exploring Austrian and German reception of black singers, Thurman’s talk finds a new way to answer the question, “Can someone be black and German?” by instead asking another: “What has it meant to be black and to perform German music?”

Kira Thurman earned her Ph.D. in history from the University of Rochester in 2013, where she also pursued a minor field in musicology through the Eastman School of Music. Her research, which has appeared in German Studies Review, the Journal of World History, Opera Quarterly, and the Journal of the American Musicological Society (JAMS), focuses on the relationship between race, music, and national identity in Central Europe. Currently she is IFK_Research Fellow. 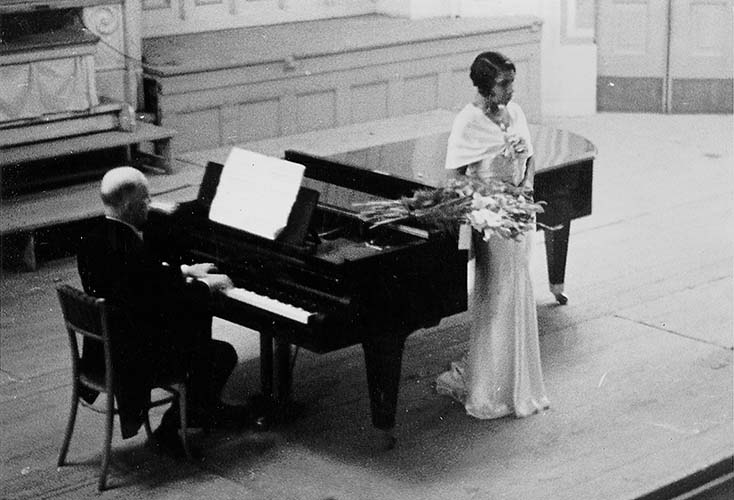